And how was your Friday?

The Kid and I spent our Friday afternoon in the office of child protective services thanks to the lovely stalker.

After long individual interviews with each of us, the social worker called me back in to say that the Kid is an awesome kid and that she is closing the case as it was completely unfounded. We joked about how CPS should really stand for "Creates Panic Syndrome". We also discussed the strain that the stalker is putting on the Kid by putting him in the middle of this shit, but of course the stalker would never see it that way. It would totally fuck with the stalker's world view that zie is not the awesome heroic savior to acknowledge that zie causes damage.

But case closed, completely unfounded, Kid is an awesome kid.

Afterwards we met up with the amazing Amanda Panda who took us out for the best tacos in the city (Barracuda in Queen Anne). I had 2 sangrias with dinner, which is enough to send me straight to bed. Kid had a coke with real sugar. And now we are back to our end the crappy campaign.
Posted by The Red Queen at 8:27 AM No comments:

Continuing the theme of no more crappy- here's some favorite Christmas songs.

The Pogues and the late, great Kristy Maccoll- Fairytale of New York (warning- this song contains at least one homophobic slur)

Posted by The Red Queen at 8:05 PM No comments:

Beef wellington is my new euphemism for hot British dudes, btw.
Posted by The Red Queen at 6:01 AM No comments:

Enough with the crappy

I want to be entertained. Happily distracted. Tell me a joke, a funny story, drop a link to a funny pic or a pretty piece of eye candy. 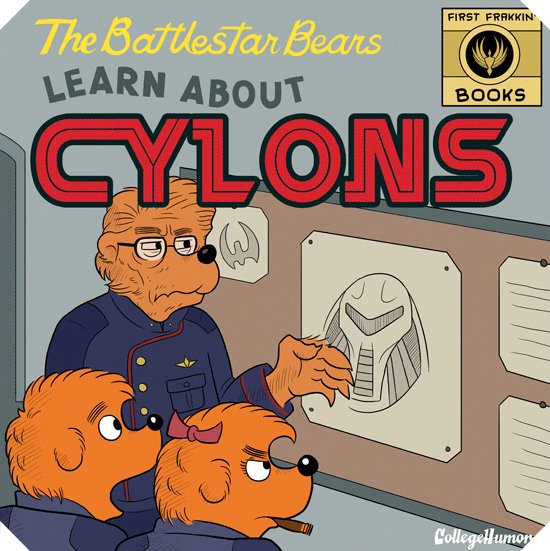 Since I have some experience in dealing with stalker types (and since the experience is currently being put to use) I thought I'd post this helpful guide to figuring out if someone is an actual stalker or just obtuse.

Sometimes it's hard to judge. If the stalker is someone we've had a previous relationship with, then we may make allowances for stalker behavior based on guilt or compassion or any number of feelings. Stalkers rely on this, and they use the relationship as justification for their behavior. You need to ask yourself some questions. Does this person make me feel uncomfortable or scared? Does this person disrespect my boundaries when I say no or put limits on things? If the answer to either of those questions is "yes" then you are aren't wrong for feeling scared.

First read this little Am I A Stalker list. (Just for fun, I've bolded the issues I am currently dealing with)

A rule that I have found extremely helpful in weeding out the dangerous stalker types from the just obtuse types is to bluntly call them on their shit. For example "Your contact is not wanted in any way and if you continue to contact me I will get a restraining order. You are acting like a stalker". For someone who is just obtuse, this usually serves as a wake up call and they go away. If they don't go away, then you have a stalker.

So let's break down some of those bullet points. Most are fairly obvious. Dozens of unwanted telephone calls, emails, etc require you to invest time and energy, even if it's just in deleting voicemails and emails (and blog comments). Save yourself some grief and set up an email filter so that all those emails go to either the trash or (if you are saving them for evidence) a folder you never have to look at. Your stalker is getting some level of satisfaction knowing that you have to hear them (or read them) even if you don't respond. They are hoping that they will just wear you down until you respond, even if it's in anger. And sometimes they do wear you down. We're all human, it happens. It's better for your own sanity and safety to not let them into your headspace at all. If your are worried that by ignoring emails and voicemails you will miss a real threat (and you can't afford a service like Gavin de Beckers that monitors these for you) then find a trusted friend and ask if they will monitor it for you. You can set the email filter to automatically forward the emails to your friend and they can let you know if a threat of violence has been made.

The sending of unwanted gifts is meant as a way to force obligation on you. We've all been taught to be polite and grateful. Stalkers take this social conditioning as use it to wedge themselves into situations where they are not wanted. In The Gift of Fear, de Becker talks about the guys who push you into letting them carry your groceries for you in order to gain access. The gift thing is just another version of that. Sending the gift back doesn't help either. It gives the stalker one more chance at access. Better to either trash it, pawn it, or sell it on ebay. I have gotten MAJOR satisfaction from taking a hammer to particularly fragile "gifts" in the past.

Wanting to "save or rescue" you is one of the ways stalkers justify their behaviors. It also usually involves elaborate fantasies that have nothing to do with who you are. Stalkers are delusional by nature. They are trying to create attachment where none exists. If someone calls them on their fantasy, they will lash out. Like conservative Christians, the facts don't matter if they interfere with the person's vision of who they are and who you are to them.

Spreading false rumors is one more way to harass and cause damage, hopefully leading to the stalker getting more access. If you confront them about their lies, they will make things worse. I know, the desire to defend oneself from bullshit is immense. You can do some damage control with the people who hear the rumors, but confronting the stalker head on about will not work. Ever. They will never see the light. You may get momentary satisfaction from standing up for yourself, but it will just add fuel to their delusions. There is no way you can get them to see reality. Period.

There comes a time where you have to choose between being right and being safe. (And by posting this right now- I am, for this second, choosing to be right. I will pay for this with another round of emails, voicemails, threats and lies, etc). But I thought it was important to write anyways. Your best bet is usually ignore, ignore, ignore****. When the justified rage at the infringement on your life becomes too much, yell into a pillow and ignore, ignore, ignore. The longer you can go without responding, the more likely the stalker will move on to a new target or give up. But every time you respond, you feed their obsession and the cycle starts over again. (I broke nearly 8 years of ignore, ignore, ignore. So the next round of stalking will last at least 8 more years. Fun)

****** I haven't made much mention of legal or police remedies for stalking. The truth is these often cause more problems than they solve. You have to decide if legal measures will provide you with more safety or less.
Posted by The Red Queen at 5:24 AM No comments:

Awesome convos with the Kid

It's a bright and shiny morning at la nouveau chez RQ.

Me: How did you sleep dude?

Kid: I slept like the dead. It was awesome. How are you mom?

Me: Awesome. How are you?

Me: Dude? (raises eyebrow, gives Kid the "you, child, are made of weird" look)

(It is duly noted that the Kid and I need to expand our vocab to use more adjectives than just "awesome". )

Kid is currently playing Mr. Subliminal by whispering "bacon" every few minutes.
Posted by The Red Queen at 11:08 AM No comments:

There is something intensely slimey

about a grown ass person hacking a child's email account. Really.Slimey. Though it does prove an argument I had less than 24 hours ago with said hacker. The people who children need to be protected from are rarely strangers on the street, but people that they know.

The Kid and I are not amused.
Posted by The Red Queen at 2:47 AM No comments:

The kid is asleep in his bed, all curled up and cute like he is 5 and not 15. There are dirty dishes in the sink and towels on the floor and he jacked my almond joy earlier and left the wrapper on the counter. We took a walk around the neighborhood earlier, and it's not to bad. Groceries and buses are close by.

And it's glorious. We can be messy. We can watch mindless teevee without someone switching the channel to get their screaming newsbunny fix every 5 minutes so that they feel well informed. (I know, guffaw at that, I do.)

I am off to sleepy dreamland. I no longer have to stay up all night and sleep all day to avoid people who are unhealthy. I got to have an actual phone conversation with a friend without having to edit myself for eavesdroppers. It's the sweetest thing, safety. It really really is.
Posted by The Red Queen at 1:52 AM No comments:

the good, the bad, and the ugly

so it's time for another episode of the high drama that is rq's
poverty spectacle. first the good news, the kid and i are safe. for
the first time in a long time the constant near panic in my chest is
abbated. we have our own little (temporary) space of our own. it's
lovely. and though it's temporary i have high hopes that this is
actually the first step to getting back to a normal, boring, lovely
life. the bad news. i have literally 50 cents to my name. the phone is
about to be shut off. we have some food but are missing the basics
like cooking oil and caffeine. and no internet. hence the poorly typed
post from the about to be disconnected phone. the ugly, well those of
you who i had private convos with will have some idea of what's going
on. it's not a surprise. it is what it is. but we are safe in our
little slice of heaven and i am optimistic. i haven't been that in a
long ass time.

--
The trouble with being poor is that it takes up all of your time.
Willem de Kooning

Posted by The Red Queen at 6:12 PM No comments: