I'm in a thouroughly shitty mood

The kind of mood where I start smoking again.

So you all get music. M.I.A. doing Hussel

And I wish I could embed it, but you tube won't let me. So a link to Janelle Monae doing Tightrope
Posted by The Red Queen at 6:41 PM No comments: 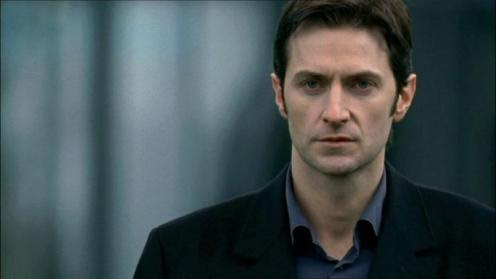 Richard Armitage who plays a spy on MI5, and was a bad bad man on the new BBC Robin Hood, and was delicious in North and South, and was Dawn fucking French's fiance on the Vicar of Dibley. Black hair, blue eyes, terribly English. Yep. He's pretty fucking perfect.
Posted by The Red Queen at 2:36 PM No comments:

Because it's Friday and we all need some eye candy

Sylviaaaaaaaaaaah and I just watched the Georgia O'Keeffe movie and he played Jean Toomer. Everytime he was on screen we got a little wiggley in our seats. 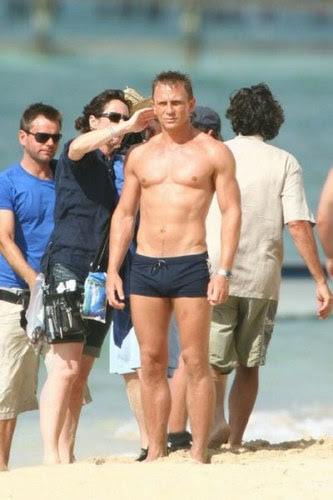 I totally see the attraction.

Back off ladies, he's all mine.
Posted by The Red Queen at 1:05 PM No comments:

Your trashy hollywood gossip of the day plus wild speculation

So the lovely Rachel Weisz has separated from her husband, Darren Aronofsky.

And a few months ago, Kate Winslet and Sam Mendes split up.

Now Kate is dating a super hot underwear model and Rachel is rumored to be hanging out with Daniel Craig.

Both their ex husbands signed the stupid 'I <3 child rapist Roman Polanski' petition.

So now for the wild speculation- douchebags who are so totally cool with child rape that they will sign their name to it end up being left by their (much more talented and richer) wives. Said wives will then start shagging dudes who are vastly hotter than douchebag ex husbands.

This is your marital tip of the day. If you want to keep your wife, don't be cool with child rape.
Posted by The Red Queen at 12:34 PM No comments:

This must be a snake oil pitch. Or something. Well it's something. It's probably going to sound a little fucking preachy, hippy, free love crappy. I get it. Those kinds of things make me squirm in my seat, whether it's someone bowing their head to say a prayer before a meal or telling me that their magic crystals cleansed their chakras.

But this you can do. And you don't have to believe in any kind of deity.

Try to be a little less judgmental. I know, I know. Where is the fucking fun in that? I know, we HATE all the right people. I know there are a thousand ways they don't measure up to what we think makes a worthwhile human being. I know, we are on the side of progress so our disgust is well-earned and just. I know.

But it is that well-deserved hate that keeps us separate. That is what makes us think left/right when the truth is Top/bottom. That little bit of condescension, snobbery, judgment, squeeful hate of those we deem unworthy is the prize we get for living in a stratified society.

From lefty types, good democrats all, I have heard it is okay to hate: poor single mothers with too many children by too many men, fat people if they are over a certain weight, the disabled if their disabilities aren't of the wheelchair/seeing eye dog/ sign language varieties, people who don't buy organic, mothers who don't/can't breastfeed, gay people who talk about being gay too much, progressives in general, and and and.

And I am not immune. I hate suburbanites and country folks. I don't get rednecks and people who like most country music. And teabaggers, of the fucking teabaggers.

But if I take a minute, step back from the little endorphin rush that happens in your brain when you think about things you hate (and yeah, I am sure there is a little rush) and logically think about why someone is who they are, I come up with some understanding.

For example, that woman with too many kids and too many baby daddies is just following the narrative of true love means patriarchal family and babies. She's doing exactly what she's been told to do since she was a child, find a nice guy, settle down, have kids. She hasn't been told that the fact that it keeps failing for her is because it's a fairy tale, she thinks she just needs to find the right prince.

And that tea bagger partier is the buffer class for the elites. Of course he's pissed and scared. He really will lose out if the horrid and unfair inequities of society are fixed. He doesn't have any value to society if he loses his role as gatekeeper for the elites. (While I can understand where he's coming from, this doesn't mean that he doesn't NEED to lose that position. It just means I can be a little empathetic when justice comes).

Just try it out. Just a little empathy and compassion. If you really hate it, you can go back to hating on people tomorrow.


(This post is brought to by the Veil of Ignorance. Go forth and google)
Posted by The Red Queen at 2:28 PM No comments: