So I was writing a paper about misusing evo-psych stuff to reinforce gender stereotypes.

Then I thought about what I'm wearing today. Black leggings, knee high boots, a sweater dress and a black velvet topcoat.

Everything I am wearing today (except for the sweater dress) would have been considered men's clothes 200 years ago. I doubt you'd get many straight guys rocking the look now though, unless they had a pirate fetish.

Arghhhhhhhh!
Posted by The Red Queen at 7:13 PM No comments:

No surprise- Bush vetoed the SCHIP funding that would have funded and expanded the program giving health insurance to poor kids.

Second- y'all know the reason he vetoed it is not because it's an inefficient program but because it is WAY more efficient at providing health care economically to a large segment of the population. In other words- he vetoed it so the we 'Mericuns wouldn't start thinking the socialized medicine actually works better than *Gasp- The Private Sector.

Not long though kids- a little more than a year to go. Just keep saying to yourself over and over "November 08, November 08".

UPDATE: My own governor is joining in a lawsuit to sue the feds for not funding SCHIP. Have I mentioned the WA state produces some fierce and fiery women politicians? We do. Thanks Gov. Gregoire!
Posted by The Red Queen at 4:29 PM No comments:

One more reason I hate Macs

My work Mac hates my shiny new phone.
Posted by The Red Queen at 4:58 PM No comments:

I have this friend. She's successful, very well educated, independent, smart, kind, etc. She is 39 and single.

Yesterday we had a long (and frustrating) conversation about poverty, specifically about poor mothers (which- I am, though I think a certain set of people forget this when they talk to me- I don't fit their stereotype of a welfare mom- and I've never met anyone who does and I know a lot of poor mothers).

I've had similar conversations with her before. She has the money (she makes at least 10 times what I do- and I manage to raise a kid ok), she has a fairly flexible job. What she doesn't have is a husband, and when pushed just a little, she will tell you that's why she's not having kids.

Personally, the only thing that really sucks about being a single parent (and I really mean the ONLY thing) is money. When I was receiving child support on a monthly basis our standard of living was drastically improved, but at best it doubled my very meager income (For the record, I am owed about $40,000 in back child support from the last 12 years) My friend is still financially much better off. With a child her standard of living would change but she would be nowhere near poverty.

I know there is this idea that children are better off with 2 parents. Maybe, but not in our case. I think children are better off with a lot of people around them to love them whether or not they are parents. Relatives, family friends, neighbors and really good child care providers make a world of difference. I am fortunate that we have almost always had a strong support system of friends. There was one period of a year or so when that was not true, and it was the single most difficult time in my life, and not so easy on the Kid either.

So when my friend says that she has to have a husband to have a kid, I wonder why. I wonder if what she is really mad at us poor single mothers for is because we don't care about the one thing that is preventing her from doing what she wants- having a husband. And it's not just poor moms. Lots of women are having children without being married. Some are in long term partnerships who don't want the burdens that marriage imposes, some are lesbians who can't legally marry in most places, and some of us just don't see husband/children as a package deal.

I don't know if I made any sort of impression on her yesterday, but I do wish she would stop blaming people like me who break with social traditions because she doesn't want to break them.
Posted by The Red Queen at 4:00 PM No comments:

Nothing more needs to be said... 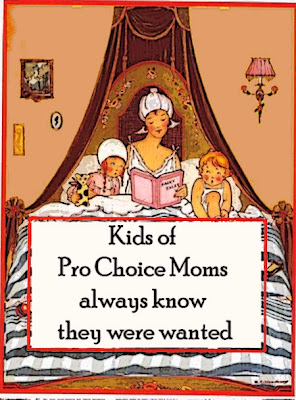 Posted by The Red Queen at 3:19 AM No comments:

This little blog has changed substantially since I first started it. I started out with me and a bunch of wonky boys. Then Wonder showed up (yay- more estrogen).But life gets in the way of blog time and it's only been me writing with occasional Wonder hits for awhile.

Since it has become the "all about me" blog- I changed the name. It makes more sense and gives me an excuse to use one of my favorite nicknames.

At some point I may move to a new blog home where the URL will match the new title, but for now thewhitepapers.blogspot.com will remain.
Posted by The Red Queen at 11:32 PM 4 comments: