The puppy and I had this conversation not so long ago. He was bothered by gay men that adopt high pitched, femmey voices. He doesn't care that they are gay, but he didn't like that they were forcing their voices to do something that they wouldn't naturally do. I asked him if he had a problem with black men wearing baggy pants too, and he said yes. Then he put on his Captain's hat (we were about to go sailing).

"So what if I said I hate your hat, I think it's a fake costume you wear to assume authority". He didn't quite catch my meaning. I asked him what his captain's hat does for him that a normal hat wouldn't. "Well, when I am teaching it marks me out as the instructor and makes it easier for students to know who is in charge".

"So it's a cultural affectation you have adopted that makes it easier for you to get by in your world?"

At which point I explained where baggy pants come from. They started out with men in prison who were given pants to big but no belts to hold them up. Once they came out of prison, that style of dress marked them out as someone who had been to prison and was therefore tougher than someone who hadn't. In a community rife with violence, anything you can do to appear stronger adds a layer of protection from that violence. When you have a community, like the AA community, where over 30% of men will at some point end up incarcerated, that affection is going to spread quickly. It is a behavior they adopt because it helps them survive in the world.

The same thing is true for gay men with fey speech patterns. It is a behavior they adopt to get by in the world.

Now let's look at why the AA community might be a bit less likely to embrace LGBT rights.

Perhaps, when you have a community where young, eligible men are scarce, perhaps because 30% are in prison and another 30+% are un or under-employed, and where there is a history of white people controlling black women's bodies with eugenics or slavery (or welfare or any number of things we use to keep poor blacks poor), people in that community might not readily embrace people who will not be reproducing.

And they might have valid, practical reasons for not wanting to let another oppressed group advance. They are not unlike poor racist whites or working class cat callers.

So we whites can pat ourselves on the back all we want cause our side didn't quite vote to remove gay marriage in the numbers that blacks in California did. We can wag fingers, we can sigh loudly, we can tisk tisk. But it ain't gonna change a damn thing. You want to talk about Black communities homophobia, first you gotta talk about the millions of ways whites have made black lives worth less to begin with and why blacks might not be so quick to jump on the bandwagon for gay marriage.
Posted by The Red Queen at 10:51 AM No comments:

The Puppy and I have been having this ongoing debate about how "the black vote for Prop 8 is what tanked gay marriage". Please notice the quotes on that. Not my opinion.

So let's look at some numbers.

That is more than 4 times the percentage of Blacks who voted for Prop 8.

Can we all shut up with the racism now? Whites were/are just as guilty for not supporting gay marriage.
Posted by The Red Queen at 7:24 PM No comments:

Conversations with the Kid- Economics version

Me: Don't know yet, though from what his plans are he's not good enough.

Kid: Is he better than McCain

Me: Yes, but the economy is so bad that just being better isn't enough.

Me: Definitely. It's one of the biggest problems I have with him. He may not do enough fast enough. And by doing that he could make it worse.
Posted by The Red Queen at 6:04 PM No comments:

OuyangDan Made Me Do It! 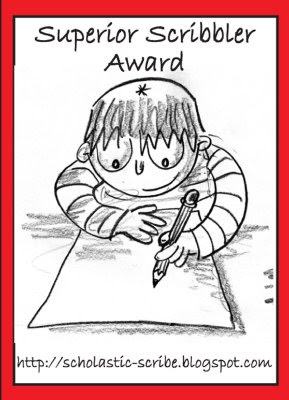 So I have won this awardy thing. And in the spirit of awardy-ness I must pass it on.

Of course, as with every Bloggy Award, there are A Few Rules. They are, forthwith:

Now that the formalities are out of the way, on to the good stuff.

I pass this award on to:

Carissa at Blue Lyon, who I wanna grow up to be like someday.

Redstar who shares my love of feminism and swarthy boys.

Lost Clown from Angry for a Reason cause we both tried to put the Green Party at over 5% this year.

And Julie the Girl Detective who should write more cause when she does she's awesome.

You peeps are the reason I keep writing. So you might as well be rewarded (awarded) for it.
Posted by The Red Queen at 7:09 PM No comments:

Am I the only person

Who wants Hillary to stay away from the Secretary of State position.

But to be SOS, she would lose the thing that makes her super awesome. She would no longer be an advocate for average, ordinary, American people. She would lose autonomy. She would no longer serve the will of the people, but the whims of the president. She would lose any influence she might have on those domestic issues like the HOLC and health care by being shunted off into foreign policy. I want her in the Senate, advocating for us, as a (wait for it, wait for it) maverick democrat unafraid of the Precious and his cronies. I want her to keep doing exactly what she has been doing, being a thorny ally in Obama's side, reminding him about the rest of us and showing him up on economic policy.

So please HRC, remember us. Stay, fight, push us further down the road to the things we need. Don't be a fool and think that Obama will hire you for your greatness, he is hiring you to get you to shut up on the things that we need most.
Posted by The Red Queen at 2:09 PM No comments:

It's always the mother's fault

So I was reading about this horrible murder case at Jezebel (Sorry OD!).

Nixmary Brown, a seven year old girl, was beaten to death by her step father. Her mother, who is admittedly learning disabled and was also regularly beaten by her husband and DID not beat Nixmary to death, got a prison sentence 17 years longer than the actual murderer for her part in the crime.

17 years longer and she didn't strike a blow.

Let's look at this in a different, more palatable and more common way (and a way guaranteed to stir up MRA's into a furry).

If I, as a mother to my Kid, decided I wasn't going to spend a dime on feeding my child, how long would it go on before I was thrown in jail for neglect? Certainly the Kid would get 2 meals a day from school Monday through Friday. He'd live on less than 1000 calories a day during the week and just water during the weekends. He'd live, but he'd be hungry and malnourished. And I'd be a horrible parent. At the most it would take a few months for someone to report me to children's services and for the Kid to be taken away while I would be charged with criminal neglect. As I should be.

But let's look at the Kid's dad. Who owes $40,000 in back child support. That's about 10 years of unpaid child support in the stunning amount of $328 per month (less than the total of 1/4 of the rent and half the cost of the Kid's food). How long did it take for authorities to make that a criminal act, to threaten him with jail time for non-payment- 10 years. And then he didn't get actual jail time, just the threat of it. 10 years of neglect. 10 years of not feeding or clothing or housing his own child.

His non-payment is the equivalent of my not feeding the kid, but the punishments are vastly different for the same essential crime, neglect of a child.

But I am the mommy. And society holds me to a much higher standard of care than they do his father, but I am given less resources, opportunity and excuses for failure than I would be if I was a father instead of a mother. I have a smaller paycheck, higher health care costs, and the physical, emotional, and economic burden of raising the Kid alone. As did Nixmary's mother, until she married the man who murdered her daughter.

But we don't look at that. I have not once heard anyone ask "where was the girl's father?" in any of the stories I've read on this case. Where was he? Why wasn't he protecting his child? Was he paying child support, seeing his daughter regularly so he would know if she was in a safe and loving home?

But it's always the mother's fault. Fathers are given the ability to walk away from parenthood with little consequence. Mothers are not.
Posted by The Red Queen at 4:31 PM No comments: