Because I think we could use a good chuckle around this place, I give you: 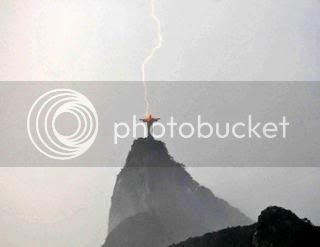 h/t to Shakesville
Posted by chang'e at 2:53 PM No comments:

Do NOT leave Comedy Central on after Stewart & Colbert are done.
such. crap.
Posted by Wonder at 11:36 AM No comments:

Another Example of Why I Love Hillary

Here's how a real leader deflects a sophomoric personal smear...

...and deftly turns it around on its originators, catching talk-show host, oops that's supposed to be "reporter," Katie Couric off-guard, and then - watch the arm - hand on the arm, almost reassuring, as if to say "you know what I mean, don't you?"
I'm sure she does, Hillary.
h/t shakesville
Posted by Wonder at 9:54 AM No comments:

And it's not getting better.

For the first time ever, I may not vote for the Democrat in the presidential election. I am pissed off the Obama's supporters are acting like rabid, foaming mouthed Republicans. I am pissed off that Hillary had the ovaries to apologize when someone from her campaign said something slightly racist, but Obama lets sexist tripe slide out of his own lips without batting an eye.

I will not vote for bullying. I will not vote for misogyny. Up until a few days ago, I thought we had two great candidates. I don't think that now. I will throw a vote away on the green party or the socialist workers party, but I won't support a candidate (or his supporters) who think that women are the throw away vote. Just cause we've always been willing to vote the party line before does not mean we will do so now.

I am pissed off more than anything that I might be pushed into this corner. What does your precious electibility mean when you've insulted, demeaned and bullied the base of your party? The Republicans know how hard it is to win a campaign when you fuck with the base.

I am so pissed off right now that I have to back away from this blog for a bit. I will stab out the eyes of someone who makes another sexist remark to me, and that is not a healthy state to be in. I don't get to walk away from sexism when I am tired of fighting because no matter what, I am always going to be a girl and misogyny is like a creepy subway groper who keeps pushing his hardon into your leg. But you can never get off the train and away from it, the groper is always there. Talking to you boys is like saying "Hey, there's an asshole trying to rub his cock on my ass" and you boys all responding with excuses: it's not really his cock, it's only an accident, it happens to everyone, blah blah blah. I find it astonishing that my 12 year old boy has no problem calling out sexism when he sees it, but grown up men can't.

Until I can think about this without grinding my teeth, clenching my fists and wishing I could use my Brazilian horse whip over the internet, I am going to go read about happy things and write about happy things, and maybe find a subby boy who has a high tolerance for pain.
Posted by The Red Queen at 6:32 PM No comments:

Well That Explains a Few Things...

I suppose some "Thanks" are in order?
*he-hem*
Dear Douche Bags.
Thank-you.
Much Love
Chang' E
Posted by chang'e at 2:13 AM No comments:

Seriously, folks.  This shit just writes itself.
I thought we could use a good laugh right now.
A shout out to my fellow democrats err...terrorists.
Wev, Mitt, wev.
Posted by chang'e at 4:40 PM No comments:

Labels: Just For Fun, people who bug us, politics

I'm feeling a bit bruised and disappointed at the mo. It's one thing to know sexism is out there, it's a whole other thing to have proof of just how entrenched it is in people who you consider allies or even friends.

Bullying. That is what we get from Obama supporters. Nice. I don't think that is either inspirational or hopeful.

You guys proud of yourselves now? You still think it's about candidates and not sex. You think you're above this kind of behavior, that we all are above this cause we happen to be on the left side of the political spectrum.

But thanks for showing your true colors.
Posted by The Red Queen at 3:56 PM No comments:

This little bit I can do

To help people who were harmed by last week's tornadoes while we were arguing politics.


h/t random babble
Posted by Wonder at 10:41 AM No comments: